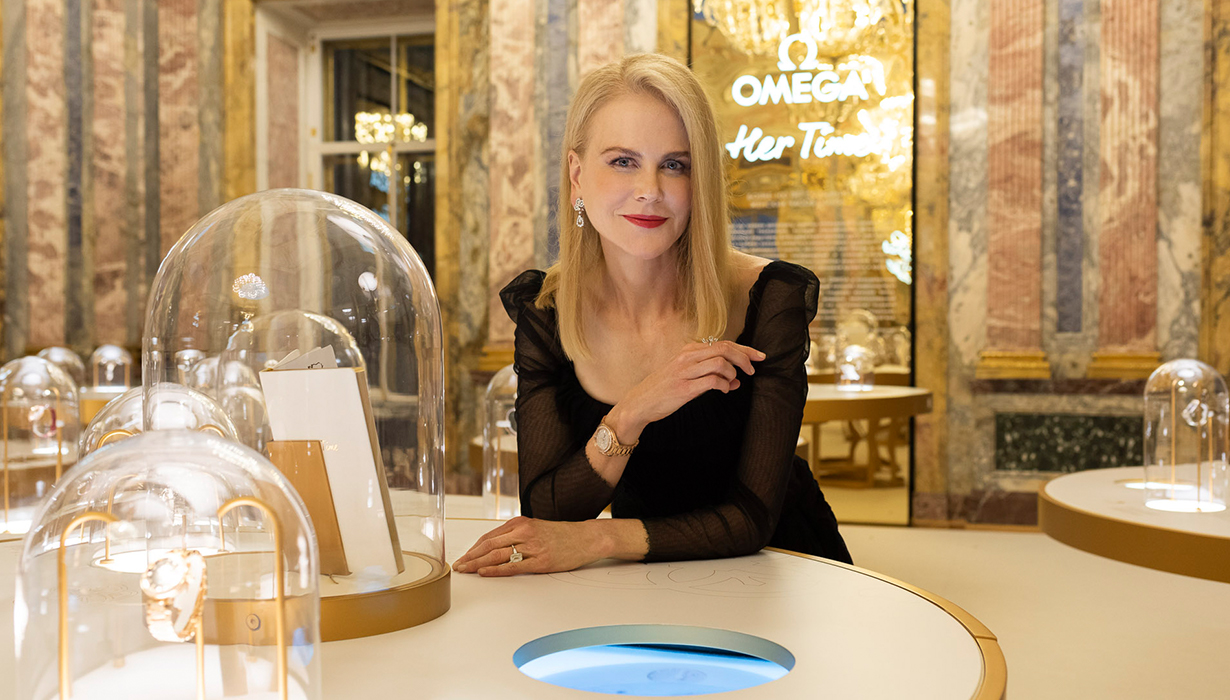 Screen legend Nicole Kidman is guest of honour at the luxurious launch of OMEGA’s “Her Time” exhibition in St. Petersburg.

OMEGA’s well-travelled showcase of women’s watchmaking, currently adding an extra touch of sparkle to the Marble Palace, was launched with signature OMEGA style at a special cocktail party and dinner attended by international guests, members of the media and Oscar-winner Nicole Kidman.

Welcoming Nicole Kidman to St. Petersburg, President and CEO of OMEGA Mr. Raynald Aeschlimann praised her “willingness to take risks to create something truly original” and went on to say: “There’s an obvious synergy between our friend and what we’re celebrating this evening. Nicole perfectly embodies the women OMEGA’s watchmakers had in mind when they started producing ladies’ timepieces over a century ago: talented, charming, witty and independent.”

After thanking Mr. Aeschlimann for his kind words and greeting the assembled guests, Nicole Kidman, then graciously returned the compliment. “It goes without saying that the watches in the exhibition are incredibly beautiful – works of art in fact. But when you consider how OMEGA set out to make precision watches for women, not just elegant decorations, well that’s also about having respect for women, and for me, that makes the watches even more exceptional.”

The talented actress, often seen on the red carpet wearing a vintage OMEGA timepiece, knows the watches well, having already attended two previous “Her Time” exhibitions in Milan and Shanghai.  Paris and Sydney have also been stops on the “Her Time” world tour; and it’s not the first time the exhibition has been held in Russia. OMEGA’s celebration of women’s watchmaking opened at GUM in Moscow in 2016.

OMEGA’s “Her Time” exhibition displays OMEGA’s evolution of women’s timepieces and changing styles, from early Lèpine pendants and the iconic Ladymatic, through to “secret jewellery watches” and today’s latest creations. Among the brand’s most recent watches on display are the De Ville Trésor, the Seamaster Aqua Terra and of course the legendary Ladymatic. The watches are also complemented by examples of vintage artwork and classic OMEGA advertising, all of which show women in a variety of lifestyles and fashions throughout the years.

The venue for the latest “Her Time” exhibition adds a real sense of drama to the display. The granite and marble of St. Petersburg’s famous neoclassical palace provides a stark and striking backdrop to OMEGA’s quintessentially feminine timepieces. 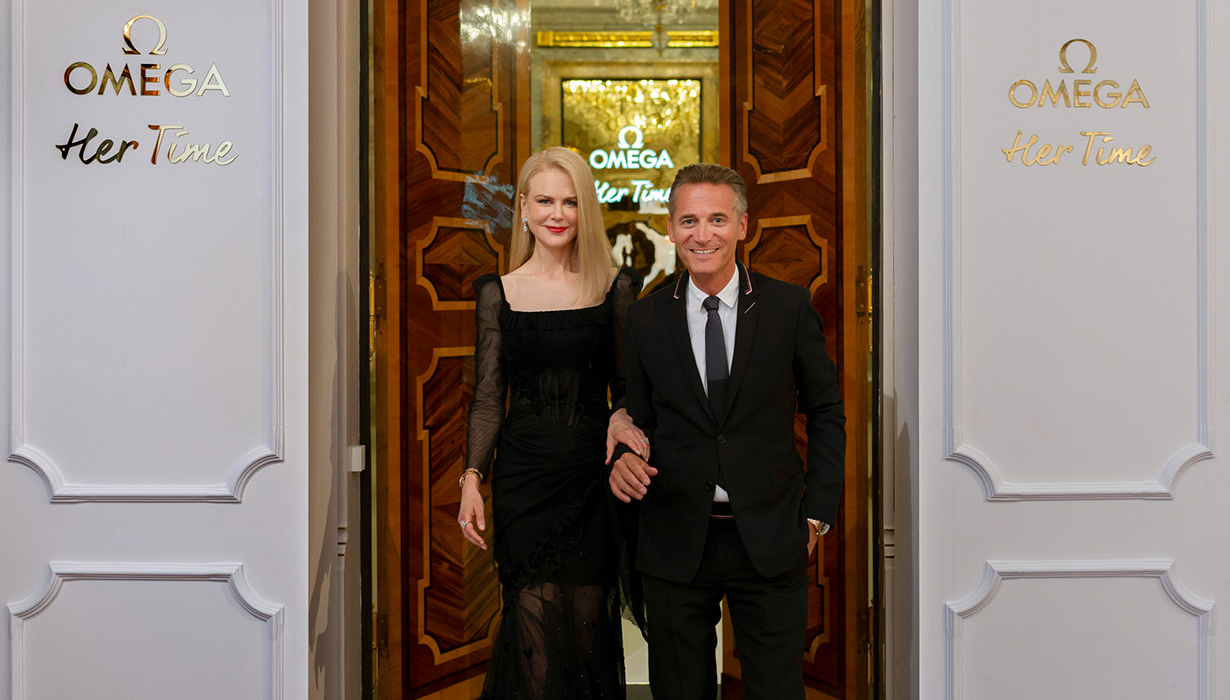 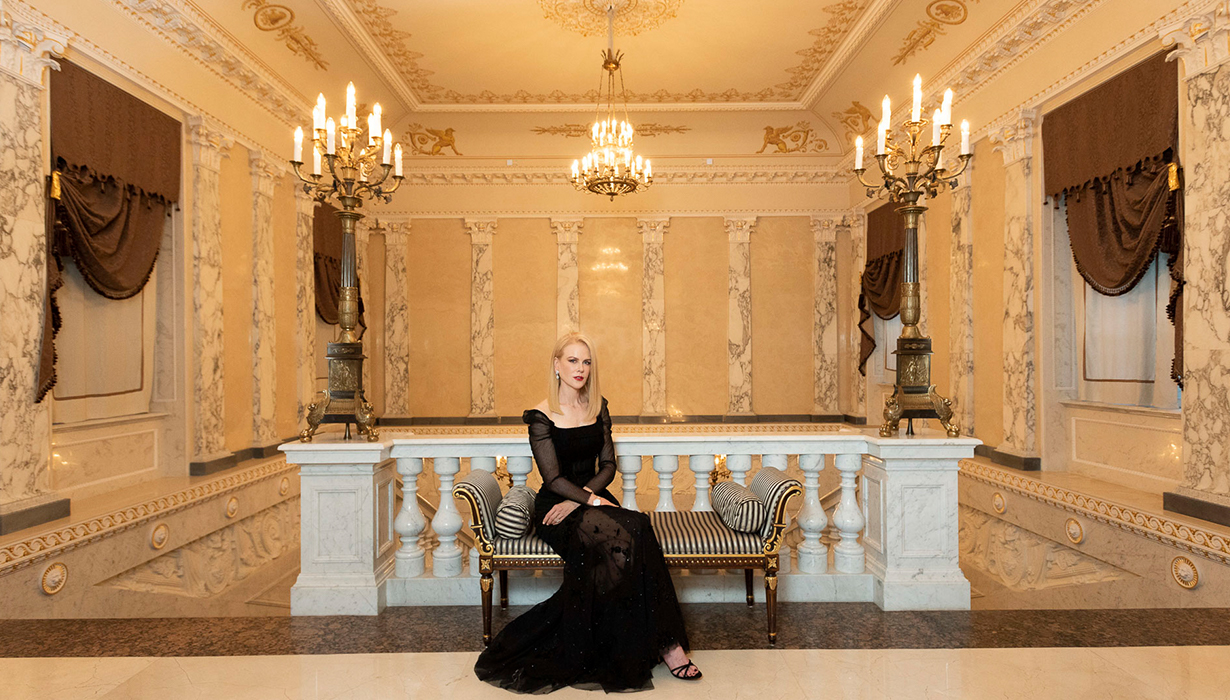 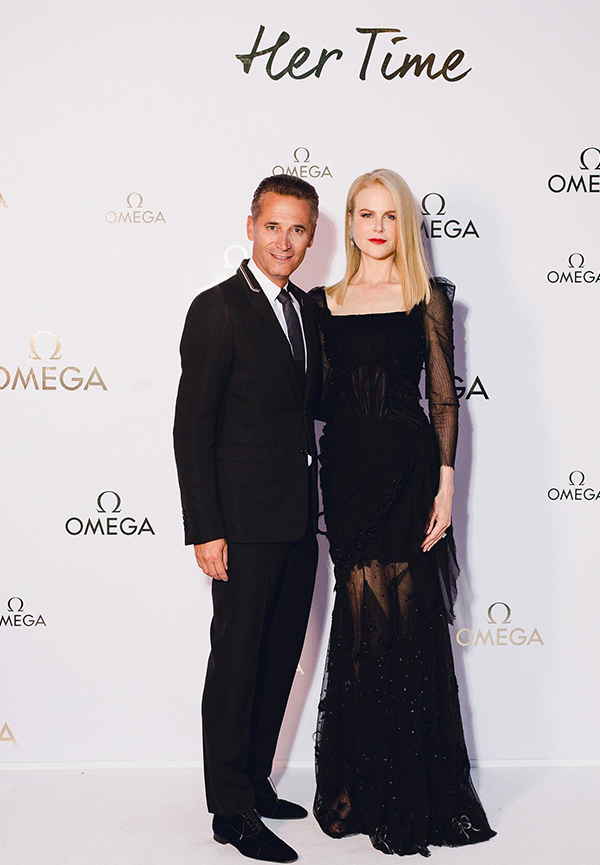 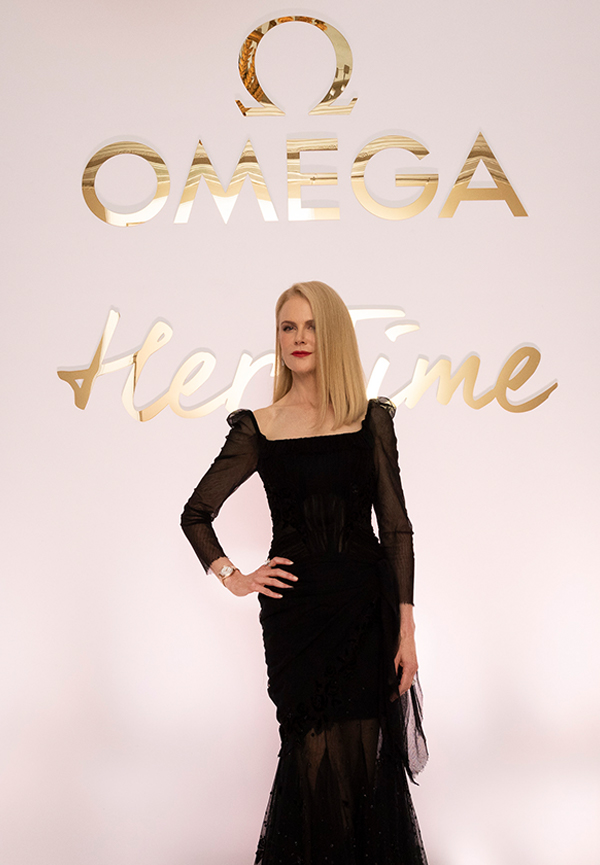